kentucky.realigro.com is the first worldwide real estate search engine where you can look up listings of homes for sale in Kentucky

Property for sale in Kentucky

Kentucky is a state in the Southeast of the United States, with Frankfort as its capital, bordered  to the north with Ohio, Illinois and Indiana, to the south with Tennessee, to the east Virginia and to the west it is wet from the Missouri and  east by the Appalachian mountain range. The largest city in the state, Louisville, hosts the Kentucky Derby, the famous horse race held at Churchill Downs.

Are you looking for property for sale in Kentucky and you would like information on the real estate market?

You have to know that after a record year in 2017, the Kentucky real estate market continued its strong sales rush and increased values in January.

Total sales of property for sale in Kentucky in January were the second highest ever recorded in January. Although home sales have declined slightly in the first month of the year, activity is still strong in many parts of the state and it is at historic highs, despite the suppressed inventory levels. This year should continue to see a good movement in the market and it will increase even more if the number of homes available for sale increases, especially through new construction.

Average prices of properties sold throughout Kentucky increased by 4.6 percent in January resulting in the highest average price.

The total lack of housing and its influence on higher house prices have changed sales activity in much of the United States last month. While the good news is that buyer traffic is even stronger than at the beginning of last year, sales at the national level did not follow the course and remained far behind last January. It is clear that too many markets are becoming less affordable right now and are in desperate need of new inventories to ease the rapid rise in prices.

In Kentucky, however, accessibility is less problematic than in many parts of the country. In the three largest metropolitan areas, Louisville, Lexington and northern Kentucky, average house prices were still 30-35% lower than the United States as a whole. 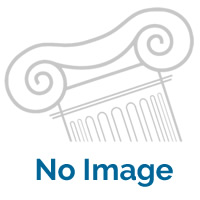 » Show more
Why choose Realigro?
There are many reasons for choosing Realigro. We summarized them in this beautiful infographic
Free
and Premium Services Check out how easy it is to sell or find your home with our Free and Premium services
Professional Services Discover how to increase your business opportunities
Collaboration between Property portals Do you have a property portal with a nationwide focus? Publish your database on Realigro.
Property for sale
» Other
2005-2022 REALIGRO REAL ESTATE LTD. All Rights Reserved - VAT Nr: 893969932
Neikos Digital Agency
BB